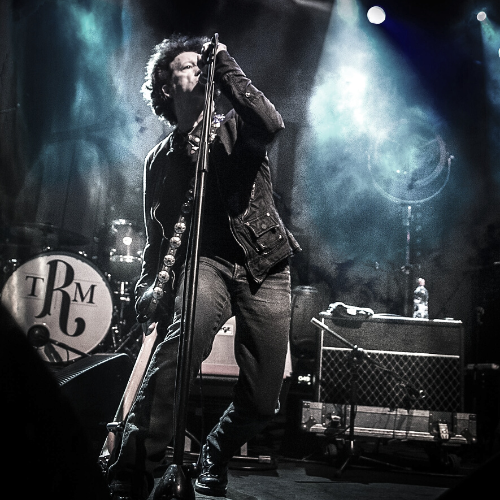 A New York native, Willie Nile has been one of the best kept secrets in Rock N’ Roll since the release of his self-titled album in 1980. Upon hearing the record, Pete Townsend was so impressed that he enlisted Willie to open for The Who on the second leg of their North American Tour. New York Times Robert Palmer to call Willie "one of the most gifted singer-songwriters from the New York scene in years."

This show will be recorded in front of a live audience and will Premiere on Blue Frog TV on Sunday August 21, 2022

Add to Cart
A Buffalo, New York native and longtime West Village resident, Willie Nile has been one of the best kept secrets in Rock N’ Roll since the release of his self-titled album in 1980.  Upon hearing the record, Pete Townsend was so impressed that he enlisted Willie to open for The Who on the second leg of their North American Tour in the summer of 1980.  This release also prompted New York Times music critic Robert Palmer to call Willie "one of the most gifted singer-songwriters to emerge from the New York scene in years."

His list of accolades from a wide variety of music industry publications and musicians of note is long and impressive:
-       Uncut Magazine calling him “A one-man Clash” and naming his 2006 album “Streets Of New York” as “a platter for the ages”.
-       Rolling Stone listed “The Innocent Ones” as one of the “Top Ten Best Under-The-Radar Albums of 2011” and BBC Radio called it “THE rock ‘n’ roll album of the year.” The anthemic single, “One Guitar” from that album was the “Top Pick of the Week” in USA Today.
-       2013’s “American Ride” won “Best Rock Album of the Year” at the Independent Music Awards and was voted “Album Of The Year” at Twangville Magazine. Long time friend and admirer Bono called it, “One of the great guides to unraveling the mystery that is the troubled beauty of America.”

His 2017 record “Positively Bob: Willie Nile Sings Bob Dylan” was hailed as “one of the best Dylan tribute albums ever made.” Powerpop Magazine wrote: “Astoundingly great…must be heard to be believed. If this doesn’t get your blood flowing, seek medical help.”
-       2018’s “Children of Paradise” was selected by Sirius Radio’s Little Steven’s Underground Garage as one of the year’s top five albums. The record’s first single “Seeds of a Revolution”, was chosen as one of the top twenty songs of the year.

-       2020’s “New York At Night” received rave reviews with The Associated Press calling it: “As sharp and guitar-driven as ever…the fire within Nile, once a peer of The Replacements and The Clash, continues to light a similar torch…anthemic…custom made for these times. Nile still has all it takes to be a radio star, and more.” Downbeat Magazine calling it a “sonic love letter to Gotham.”
-       His new studio album “The Day the Earth Stood Still”, which features a duet with Steve Earle on the song “Blood On Your Hands” was released on Aug 13, 2021. The London Times referred to him as “A man who embodies the true spirit of rock n’ roll.” And The New Yorker proclaimed that “Willie Nile is one of the most brilliant singer-songwriters of the past 30 years.”

-       “Willie Nile is a great artist. If there was any justice in this world, I’d be opening up for him instead of him for me.” Lucinda Williams

-       Willie and long time friend Bruce Springsteen have performed together many times, most recently on December 13, 2021 at Steve Earle’s annual “John Henry School Fundraiser” where they performed “Glory Days” along with an ensemble performance of Crosby, Stills and Nash’s classic “Teach Your Children” along with Rosanne Cash, Steve and his band The Dukes.
​
Stephen Stanley Band bio

Canadian singer-songwriter and guitarist Stephen Stanley is best known from his many years as a founding member, lead guitarist and vocalist with alternative rock band The Lowest of the Low. After years of touring and sharing the stage with the likes of Billy Bragg, The Violent Femmes, The Jayhawks and Lloyd Cole, a gold record for their “genuinely timeless album” (Exclaim!) Shakespeare My Butt, Stanley now leads his own band, The Stephen Stanley Band and has logged other monumental shows with Bob Mould, Cracker and Jake Clemons.